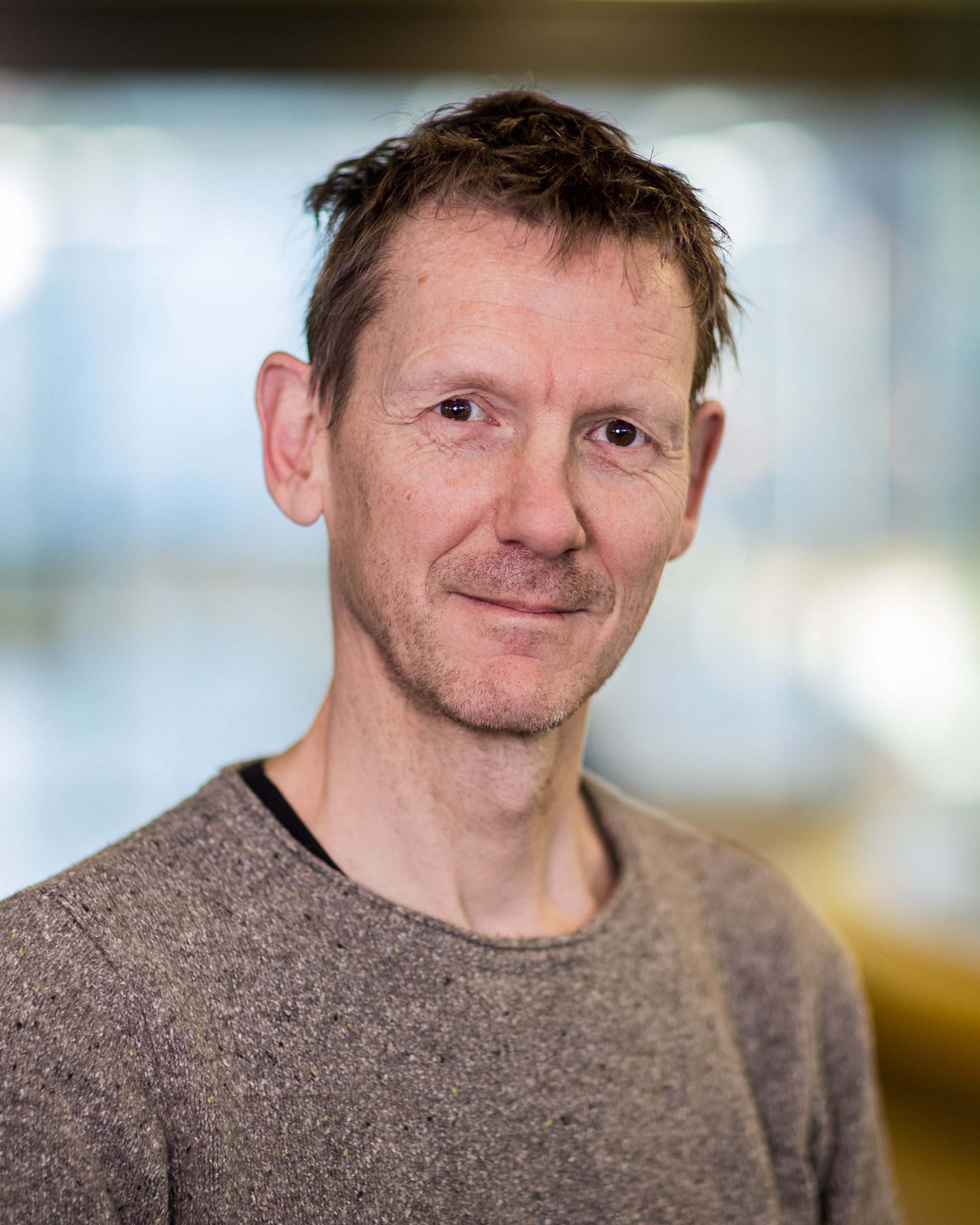 Martijn Wienk is an assistant professor at the Molecular Materials and Nanosystems (M2N) group. His research focusses on the optimization and characterization of solution processed hybrid polymer - metal oxide solar cells.

Organic solar cells have the advantage of low cost and easy high-scale production. A fine morphological distribution of two types of materials (electron donor and electron acceptor) within one layer is essential for good device performance. The advantage of hybrid organic solar cells is the stability and controllability of the morphology of the active layer. The morphology of ZnO:polymer hybrid solar cells is for a large part controlled by choosing the hydrophilicity of the polymer. A hydrophobic polymer, P3HT, creates a quite coarse distribution of ZnO within the layer. When this polymer is functionalized with ester functions, increasing the hydrophilicity, the ZnO shows a much finer distribution across the layer. In thin active layers, the finer morphology leads to an enhancement of device performance.

Martijn Wienk studied Chemical Engineering at Twente University. He graduated in 1988 on polymer-linked crown ethers in liquid membranes. His MSc research was supervised by professors Ernst Sudhölter and David Reinhoudt. He subsequently performed alternative conscription civil service for the Dutch Cancer Society (Koningin Wilhelmina Fonds, KWF) on the scale-up of the synthesis of heterocyclic chemotherapeutic analogues. In 1992 he started a two-year research education project at Eindhoven University of Technology (TU/e) under supervision of professors René Janssen and E.W. (Bert) Meijer, regarding high-spin molecules based on phosphoryl radicals. This was expanded to a PhD project and his PhD thesis "High-spin molecules of phosphorus and nitrogen-centered radicals" on which he graduated in 1997 with professors Sudhölter, Janssen and Meijer. After a brief postdoctoral position, investigating holographic patterning of liquid crystalline polymers at Philips Natlab (Eindhoven), he joined the Energy research Centre of the Netherlands (ECN, Petten) to work on the application of organic semiconducting materials in thin film solar cells. In 2002 he returned to academia and TU/e, initially as a DPI (Dutch Polymer Institute) fellow, to be appointed assistant professor in 2007.

Dimerization studies and catalytic tests of Mn salen complexes: towards mechanochemical catalysis in the epoxidation of olefins