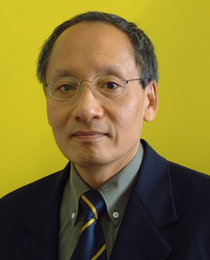 Giok-Djan Khoe was born in Magelang, Indonesia, on July 22, 1946. He received the degree of Elektrotechnisch Ingenieur, cum laude, from the Eindhoven University of Technology, Eindhoven, The Netherlands, in 1971. He started research at the Dutch Foundation for Fundamental Research on Matter (FOM) Laboratory on Plasma Physics, Rijnhuizen. In 1973 he moved to the Philips Research Laboratories in Eindhoven to start pioneering work in the area of optical fiber communication systems and components. In 1983 he became part time professor at Eindhoven University of Technology. He became a full professor at the same University in 1994 and served as chairman of the Department of Telecommunication Technology and Electromagnetics (TTE) until 2008. He has 41 United States Patents and has authored and co-authored more than 350 papers, including 75 invited papers and chapters in 6 books. His professional activities include many conferences, where he has served in technical, management and advisory committees as a member or chairman. Recently, he was general co-chair of the ECOC in 2008. His journal activities include involvements as associate editor for the Journal of Lightwave Technologies and the Journal of Quantum Electronics and as a member of the advisory board or as reviewer of other journals. In Europe, he was closely involved in Research Programs of the European Community and in Dutch national research programs, as participant, evaluator, auditor and program committee member. He is one of the founders of the Dutch COBRA University Research Institute and one of the three recipients of the prestigious “Top Research Institute Photonics” grant that is awarded to COBRA in 1998 by the Netherlands Ministry of Education, Culture and Science. In 2001 he brought 4 groups together to start a new international alliance called the European Institute on Telecommunication Technologies (eiTT).  He has served in The Institute of Electrical and Electronics Engineers (IEEE) Photonic Society organisation as President (2003), European Representative in the Board of Governors, VP Finance & Administration, Board of Governors Elected Member and Member of the Executive Committee of the IEEE Benelux Section. He was the founder of the IEEE Photonic Society Benelux Chapter. He has been an IEEE Fellow since 1991 and received the MOC/GRIN award in 1997. He is an invited member of the Netherlands Academy of Engineering and Innovation (AcTI-nl) since 1999 and became a Fellow of the Optical Society of America (OSA) in 2007.

On the occasion of his farewell symposium at the Technical University in 2011, Professor Khoe was appointed Officer in the Order of the Oranje-Nassau in Royal recognition of his outstanding  services to science.

2030 : technology that will change the world (Chinese version)

2030 : technology that will change the world (Korean version)

2030 : technology that will change the world

1.25-Gb/s transmission over an access network link with tunable OADM and a reflective SOA

A CDMA based bidirectional communication system for CATV networks