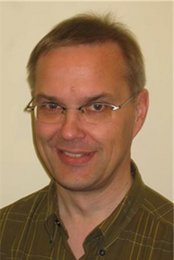 “Science is about knowing; engineering is about doing. -- Henry Petroski”

Marcel Hendrix is Assistant Professor in the Electromechanics and Power Electronics group of the Department of Electrical Engineering at Eindhoven University of Technology (TU/e). He has held this position since 1998, specializing in the research and design of high-precision, high-performance power electronics and analog circuitry.

Marcel Hendrix received his MSc in Electronic Circuit Design from Eindhoven University of Technology (TU/e) in 1981. He started working in R&D at Philips in 1982 and held several R&D positions there. He is currently employed at Signify.

Since 2011, Hendrix has been the official maintainer of and contributor to NGSPICE, an open software circuit simulator based on Berkeley's SPICE 3f5.