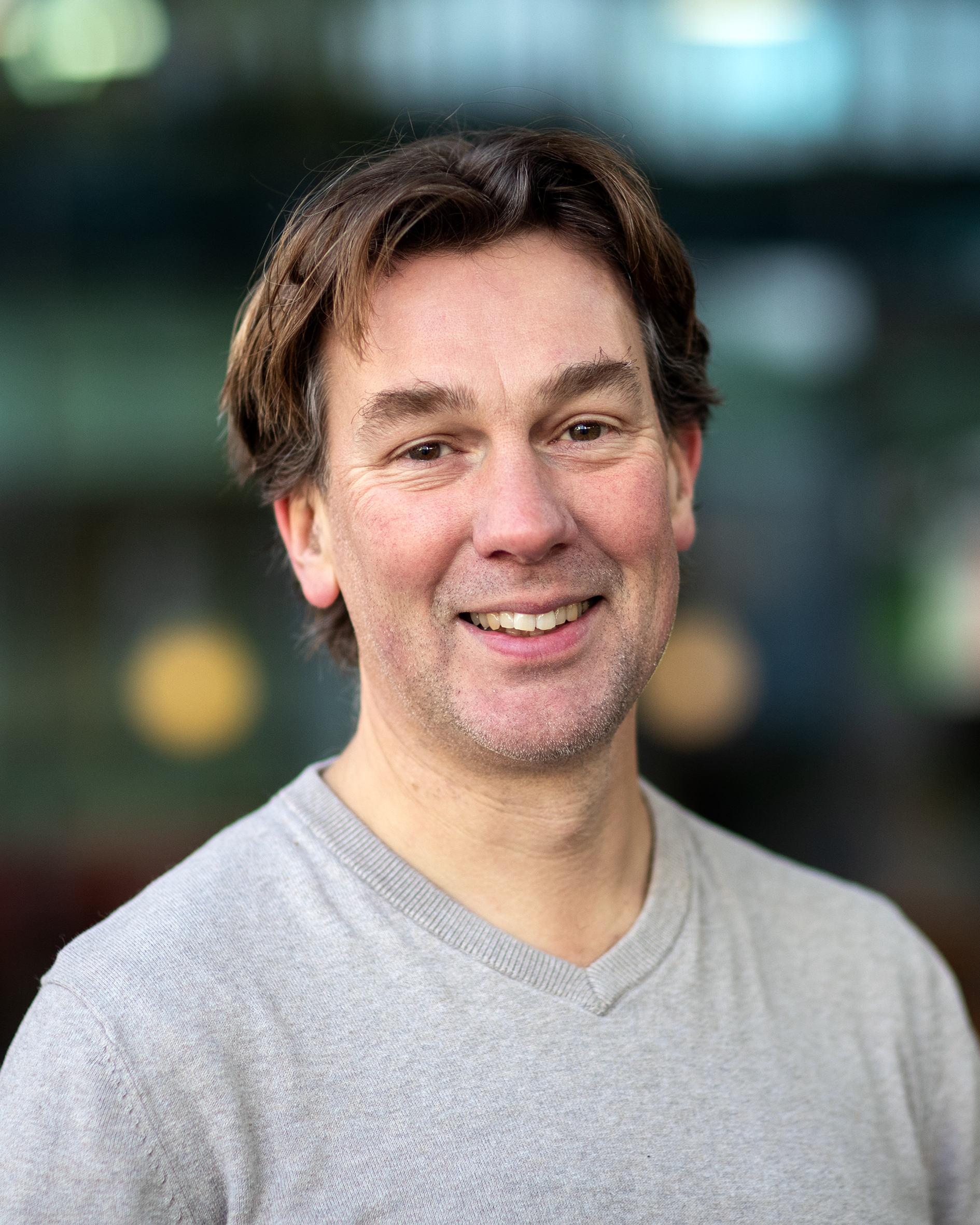 Nature is stunningly beautiful, mysteriously complex and so effective that learning from it is pure joy.

Jan de Boer is full professor at the department of Biomedical Engineering, where he leads the research group BioInterface Science. He is an experienced University Professor and Chief Scientific Officer with a demonstrated history of working in academia and biotech. As a research professional he is skilled in Stem Cells, Biomaterial Engineering and Regenerative Medicine.

Jan is interested in the molecular complexity of cells and how molecular circuits are involved in cell and tissue function. With a background in mouse and Drosophila genetics, he entered the field of biomedical engineering in 2002 and has since focused on understanding and implementing molecular biology in the field of tissue engineering and regenerative medicine. His research is characterized by a holistic approach to both discovery and application, aiming at combining high throughput technologies, computational modeling and experimental cell biology, to streamline the wealth of biological knowledge to real clinical applications.

Jan de Boer obtained his MSc degree Biology at Utrecht University  in 1994. He then started his PhD research in the lab of Prof. Jan Hoeijmakers on the genetics of ageing at the department of Cell Biology and Genetics, Erasmus University Rotterdam. Next, he moved to the MRC Laboratory of Molecular Biology (Cambridge, UK) where he worked as postdoctoral research fellow in Drosophila genetics. He returned to the Netherlands in 2002 to become a senior research scientist at the biotech company IsoTis, which was founded by Prof. Clemens van Blitterswijk with whom he collaborated until October 2018 when he moved to Eindhoven. In 2003, he became associate professor at the University of Twente and was awarded an NWO-VIDI grant in 2007. In 2012/2013 he spent a year as visiting scientist at the Broad Institute and Wyss Institute in Boston, MA, USA. In 2014, Jan de Boer was appointed full professor of Cell Biology-inspired Tissue Engineering at the Merln Institute of Maastricht University. Jan de Boer is co-founder and Chief Scientific Officer of the biotech company Materiomics, established in 2009 as a spin-off of his work at the University of Twente. Materiomics exploits the 'TopoChip' technology to design and identify the best surface for improved functionality and durability of medical and cell culture devices.

Identification of topographical architectures supporting the phenotype of rat tenocytes

How not to drown in data: a guide for biomaterial engineers