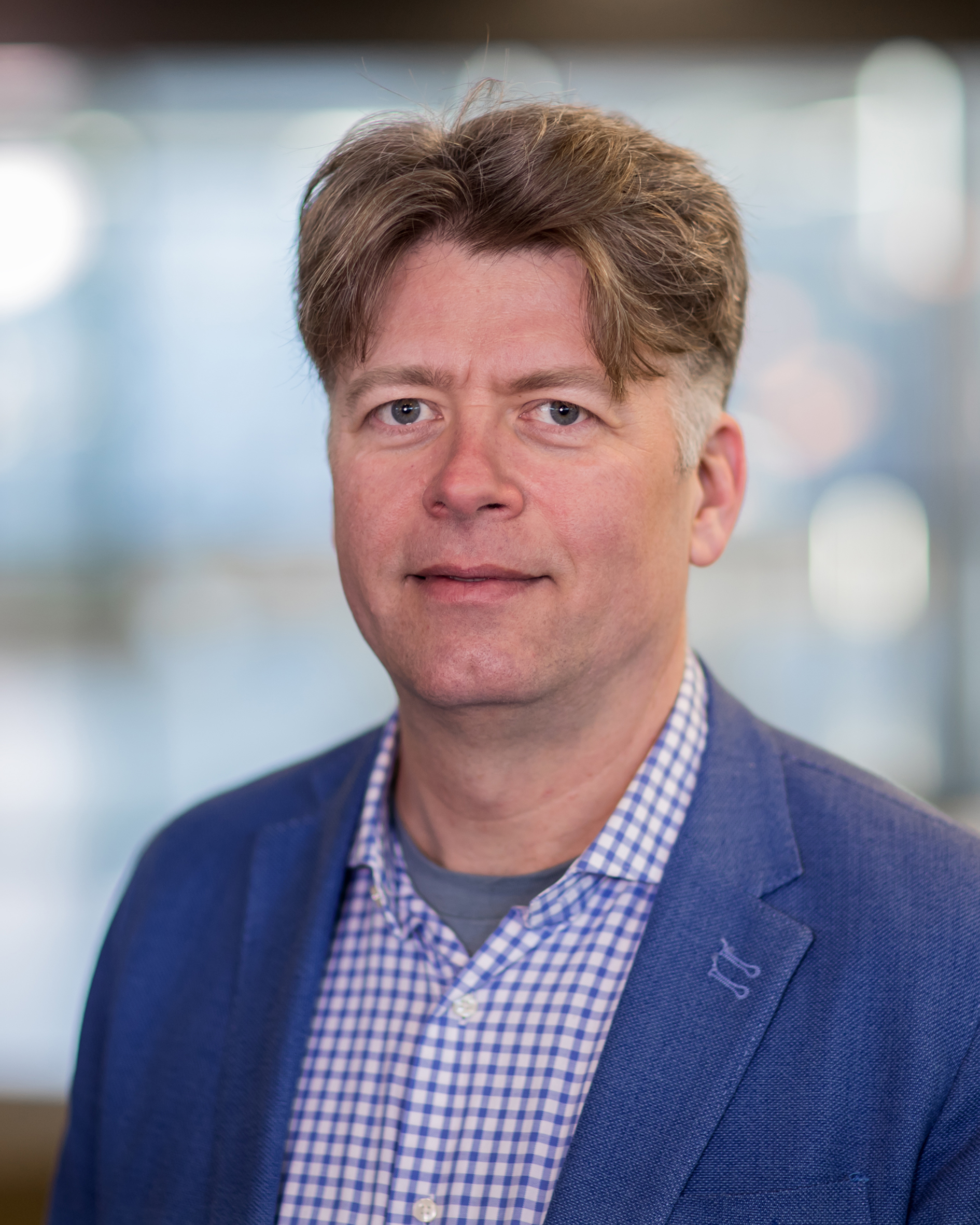 Gerard van Rooij is a Full Professor and Chair of Sustainable Plasma Chemistry in the Department of Applied Physics at Eindhoven University of Technology (TU/e). He is an expert in low temperature plasma physics and chemistry.

Gerard’s research interests are in the area of low temperature plasma physics and chemistry. His research for DIFFER is mainly focused on releasing an oxygen atom from CO2 using plasma. The resulting carbon monoxide can serve as the basis for a liquid fuel. In an indirect sense, it is possible to make solar fuel as long as the electricity with which the plasma is created has been generated with sunlight.

Since 2012, he has been leading fundamental solar fuels research on CO2 activation by plasmolysis as a first step in the synthesis of hydrocarbon fuels from H2O, CO2 and sustainable energy as feedstock. This innovative plasma chemistry route has the potential to become a feasible and scalable alternative to state-of-the-art electrolysis for energy storage in chemical bonds by generation of CO2-neutral fuels.”

Gerard van Rooij holds an MSc in Physics from TU/e with a specialisation in Plasma Physics abd a PhD in Physics from the University of Amsterdam (thesis on macromolecular mass spectrometry). He acts as visiting professor at the Key Laboratory for Super Conductivity and New Energy Research in Chengdu, China

Gerard is Senior Scientist and researcher at DIFFER (Dutch institute for Fundamental Energy Research) and head of the Nonequilibrium Fuel Conversion group. Gerard has pioneered the scientific basis of the unique devices for plasma surface interaction studies within DIFFER and participated in the research programmes of the major international facilities for fusion research to study the role of plasma chemistry therein.

His research interest started when he was responsible for constructing the scientific (plasma physics) basis for the linear plasma devices in our institute (Magnum-PSI and Pilot-PSI) and studying hydrocarbon chemistry in JET at the time that JET's walls were still composed of carbon. Gerard is still involved in the JET experimental campaigns and study the erosion of tungsten in its divertor. He is a regular contributor to conference proceedings and leading journals.

Interaction between plasma and neutrals near the divertor : the effect of particle and energy reflection