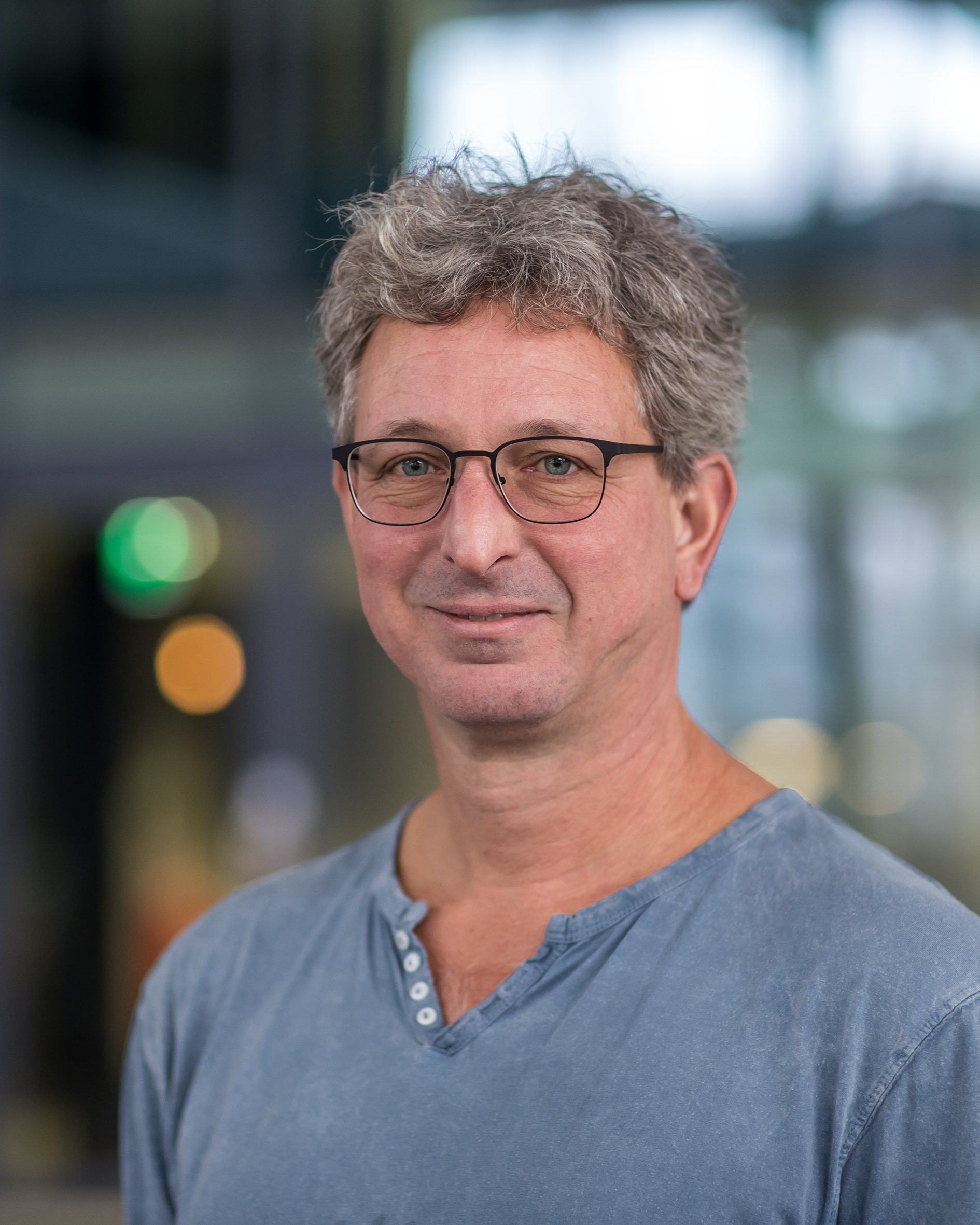 Single molecule biosensors are a great benefit for society. They can be applied for monitoring and control in healthcare, food, and the environment.

Arthur de Jong is an assistant professor in the research group for Molecular Biosensing for Medical Diagnostics, a joint group of the TU/e departments of Applied Physics and Biomedical Engineering. He develops approaches for single-molecule sensing with the aim to study individual biomolecules in complex environments. He aims to develop next-generation biosensing principles that enable continuous patient monitoring. In his research he combines small colloidal particles with molecular constructs to engineer single molecule sensors. His current research focusses on

* colloid and interface functionalization and interactions;

* designing and making non-fouling surfaces; and

Arthur de Jong studied Chemical Engineering at Eindhoven University of Technology (TU/e), where he obtained his MSc degree in 1989. In 1994, he received his PhD from the Schuit Institute of Catalysis and continued his research at TU/e in the field of catalysis and surface science as a postdoc. In 1997, he joined the group Applications of Ion Beams and Accelerators at the TU/e department of Applied Physics, where he was appointed as assistant professor in 2000. He joined the group Molecular Biosensing for Medical Diagnostics in 2005. Arthur de Jong is a core member of the Institute for Complex Molecular Systems at TU/e, where groups from different disciplines (chemistry, physics, biomedical engineering, mathematics) collaborate on multidisciplinary research topics.

Characterization of the magnetic moment of superparamagnetic particles: from magnetic dipole-dipole interactions